A year of success for publishers we know and love

Part of the fun we have working on ReaderBound is celebrating the triumphs of the publishers we work with. And there have been so many of these of late. For example:

Arsenal Pulp Press, through its new imprint VS Books (curated and edited by acclaimed writer/artist/musician Vivek Shraya), published Téa Mutonji’s debut collection of short stories, Shut Up You’re Pretty, which was shortlisted for the 2019 $50,000 Writers’ Trust of Canada Fiction Prize.

Coach House Books published André Alexis’s latest instalment in his five-book series, Days by Moonlight. The novel went on to win the Writers’ Trust of Canada Fiction Prize (2019) as had a previous novel in Alexis’s series, Fifteen Dogs (2015). Coach House also published the translation of The Embalmer by Anne Rennée-Caillé, and translator Rhonda Mullins was nominated this year for a Governor General’s Award for her work.

In poetry news, Coach House author Tess Liem has been shortlisted as a finalist for the A.M Klein Award, from the Quebec Writers Federation Literary Award, with her debut collection, Obits. 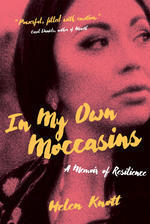 University of Regina Press published Helen Knott’s In My Own Moccasins: A Memoir of Resilience, which has gone on to be a national bestseller. Of Knott, internationally acclaimed writer Eden Robinson writes, “Bear witness to the emergence of one of the most powerful voices of her generation.”

The press has also released a new edition of the award-winning, best-selling, critically acclaimed Clearing the Plains this year, with a foreword by Pulitzer Prize-winning author, Elizabeth Fenn, an opening by Niigaanwewidam James Sinclair, and explanations of the book’s influence by leading Canadian historians. Called “one of the most important books of the twenty-first century” by the Literary Review of Canada, it was named a “Book of the Year” by the Globe and Mail, Quill & Quire, and the Writers’ Trust. it and won the Sir John A. Macdonald Prize, among many others.

Playwrights Canada Press is the proud publisher of Birds of a Kind, the English-language translation (by Linda Gaboriau) of Wajdi Mouawad’s play Tous des oiseaux, as well as Other Side of the Game, by Amanda Parris. Gaboriau won the 2019 Governor General’s Literary Award for Translation for adapting Mouawad’s challenging play into English, and Parris won the Governor General’s Literary Award for Drama for her play highlighting the key role of powerful Black women in society. 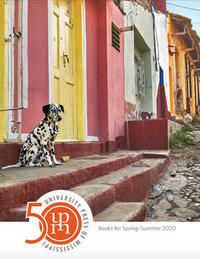 The University Press of Mississippi will turn 50 in 2020! It is the only university press and the largest of any kind in Mississippi. The press has grown from two employees and seven books in its first year to 20 employees and 85 books in 2020.

Congratulations on a such an amazing accomplishment, UPM!

Recent award winners for the longstanding press include A Cajun Girl's Sharecropping Years, High Mas, and When They Blew the Levee.

ARP Books continues to publish distinctive and diverse voices with its fall list, including Romans/Snowmare, "a daybook of anti-capitalist ideation and a homoerotic reinvention of the prairie long poem, [a] unique debut that resonates with a love of language and experiment."

And by coincidence in November, two of this year’s Governor General’s Literary Award-winning authors named ARP authors as some of their faves this year: Amanda Parris (who won in the drama category) mentioned Black Life: Post BLM and the Struggle for Freedom by Rinaldo Walcott and Idil Abdillahi, and fiction winner Joan Thomas said of Set-Point, “Fawn Parker’s recent novel, Set-Point, blew me away. Parker’s sensibility is contemporary, smart and funny; fans of auto-fiction by international writers like Ben Lerner or Elif Batuman will love her. In fact, the central character, Lucy Frank, is writing a parody Seinfeld script featuring Karl Ove Knausgaard.”

WLU Press has introduced a series of classroom resources for some of its recent Indigenous Studies titles. The guides are designed for use in high schools; however, they also provide support for teachers at college and university levels.

The stunning book jacket of WLU Press-published Gorgeous War: The Branding War between the Third Reich and the United States, designed by Michel Vrana, made Paste Magazine's Best Book Covers of Fall 2019 list.

And WLU Press's author Jonathan Vance's A Township at War has recently received two awards and been shortlisted for a third, the 2019 Ontario Speaker's Book Award.

Of course, head on over to these publishers’ sites to buy their award-winning books right from them! Direct orders are the online equivalent of a hearty toast in person, but with a lot more afterglow ;-)