In 2020, Canada will be the guest of honour at the Frankfurt Book Fair, the oldest and largest book and cultural trade fair in the world. The honour comes with a tremendous opportunity to showcase Canadian literature and authors on the world stage. “There’s big momentum building up, it’s like an Olympiad,” said Gillian Fizet, executive director of Canada FBM 2020, the organization representing the Canadian publishing industry and its preparations for the 2020 book fair with the funding and general oversight of the Department of Canadian Heritage. “Germans are really into Canada, but they don’t know that much about our literary landscape, in part because we’re often overshadowed by the U.S.,” she said. “When we accepted this honour and started talking to people in Germany, it became quite evident that we needed a promo tool.” 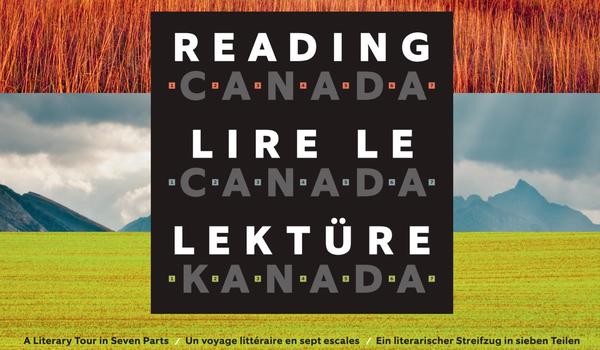 Fizet worked with industry consultants Turner-Riggs to create a print tool to showcase Canadian authors, but the scope of the project ballooned quickly. “I had envisioned it to be an accordion pamphlet covering major themes in Canadian literature,” said Fizet, “but as we got deeper into discussions, we realized it wasn’t that simple. To do our culture justice, we would have to be representative of all genres, all languages, and cultural and geographic backgrounds. It became a 128-page book in French, English, and German.”

Plans for an accompanying website came late in the game. “About three-quarters of the way through, we thought ‘wouldn’t it be great to have an online component?’ That’s how we landed with the website.”

The website needed to be ready in time for the book launch, and that meant turning it around quickly. The timeline? One week! “We wanted to have it ready so that when the book was distributed it was up,” said Fizet. “It was kind of a dream to be honest.”

The ReaderBound platform made the dream a near-instant reality for Reading Canada. Designed with publisher needs in mind, we were able to quickly and efficiently build out a fully responsive and multi-lingual (English, French, German) site with the goal of showcasing a curated selection of titles from multiple publishers.

The site features rich title listings and incorporates a custom call to action in each one, in this case "Contact the Publisher" rather than a buy button, reflecting the site's orientation to foreign publishers and literary agents, as well as to potential sponsors.

The site also reflects the seven categories in the print companion -- Inspire, Challenge, Thrill, Delight, Explore, Enlighten, and Connect -- and enables users to sort and search for titles within each category. Each section showcases a curated collection of English and French language titles from across the county. 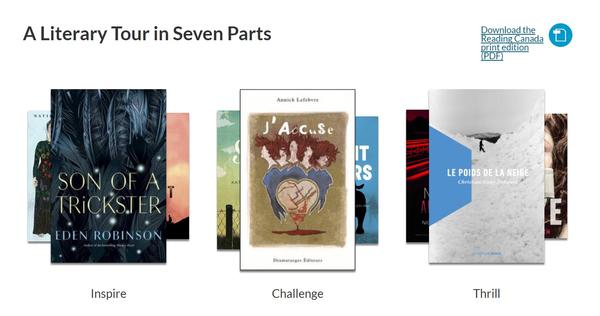 “It’s easily navigable, nice and clean,” said Fizet, adding, “I’ve heard only good things from the stakeholders in our industry. The general public in Germany knows about this book fair and expects to see info about the country of honour. There are opportunities with arts and cultural organizations, but also banks and other businesses that might want to get behind this. From what we’ve heard, the more material you can give the better. The Canadian Embassy in Berlin even wrote to us saying what a great resource it was, and we've had enthusiastic responses from the Canadian Council for the Arts, the Department of Canadian Heritage, and other project partners.”