University of Regina Press gets a grade A website

Change has been in the air at the University of Regina Press for the past several years; most recently with the launch of its new website. But it started back in 2013, when the press, after 40 years of operation as the Canadian Plains Research Center Press, relaunched with a new brand, a new publisher, and a new goal to expand its publishing program. “Canadian Plains had focused on Indigenous issues, and we have continued that focus,” said sales and marketing manager Morgan Tunzelmann, “but we’ve expanded to include a broader readership and titles.”

Success quickly followed the rebrand; the first book published under the new brand, entitled Clearing the Plains, sold 25,000 copies and became the highest selling academic book ever in Canada. Five more best sellers quickly followed. The press was suddenly getting more exposure than ever, and needed a web presence to match its new audience and distribution needs.

The problem -- An old, unfinished website without e-commerce capabilities 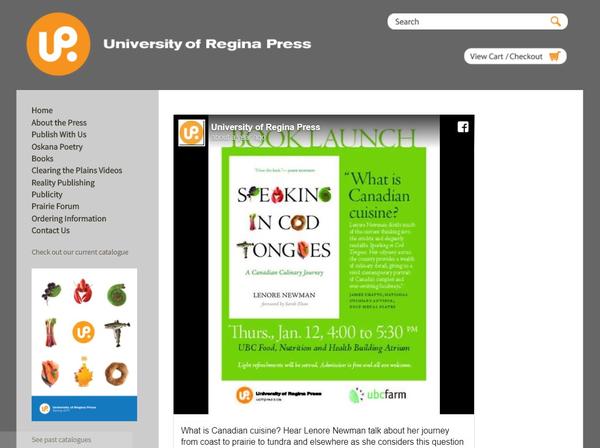 The old Canadian Plains website was not only aging, but it was never properly finished. “It was bare bones, and designed for a limited numbers of orders,” Tunzelmann said. “It also wasn’t connected with ONIX metadata feeds so we had to manually type in everything.”

With its uptick in interest and sales, the University of Regina (U of R) Press needed a site that could effectively showcase its work, and manage e-commerce.

The solution --  A ReaderBound site to the rescue 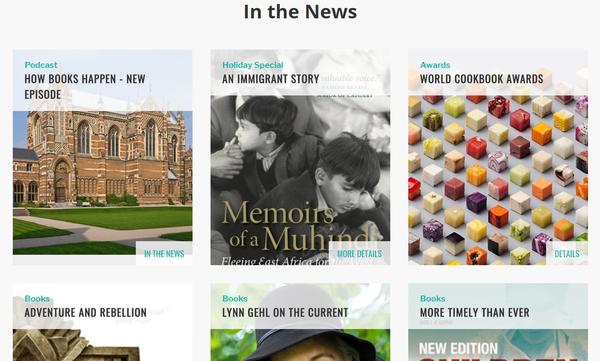 The U of R Press chose ReaderBound because of its publishing-specific solutions. In particular:

U of R Press distributes its titles through University of Toronto Press Distribution (UTP), and needed to integrate its e-commerce system with UTP. “We picked ReaderBound because they had worked with UTP before,” Tunzelmann said. “We knew integration might hamstring other companies.”

U of R also needed an easier way to integrate book metadata into its site, which it had previously been doing manually -- a long and laborious process. ReaderBound enabled it to integrate a metadata ONIX feed directly into the site, to import data points like author info and book covers, key components to increasing book sales. Title listings now feature rich sample content for many U of R Press books, including tables of contents that are imported via the ONIX feed and PDF excerpts and teaching resources that were imported independently of the ONIX records.

Finally, U of R wanted a simple and effective way to share files -- like its catalogues, for example. Where previously it would use third-party tools to generate a shareable link, ReaderBound allowed it to upload files for sharing publicly and privately, quickly and easily.

Tunzelmann worked with the ReaderBound team to create a news-handling framework customized to address the press’ specific needs. “We needed a place to catalogue and showcase publicity pieces, as we get nearly 200 a year,” Tunzelmann said. “The ReaderBound team helped us find a way to organize it and maintain control over what appears in the news section. They also gave us flexibility with what we’re displaying.”

The new site features a distinct “In the news” section that showcases new releases, the latest news on U of R Press books and authors, and highlights from recent media and review coverage. The site also emphasizes a range of original content produced by the publishing team via an active blog. The blog has several distinct channels that further highlight some of the engaging video, podcast, editorial, and behind the scenes content produced by the U of R Press team.

Prior to launching its new site, the press did not have the capacity to sell directly through its website. With the expanded e-commerce features on its new site, U of R Press is regularly handling orders from readers across Canada and the U.S., and has also set up special coupon codes to support bulk sales to institutions, bloggers, and other stakeholders. “It’s a long process to build trust with e-commerce,” said Tunzelmann, referring specifically to book buying agencies that order directly from the press but aren’t used to doing so online. “We’re asking them to order through the website now.”

Online transactions are seamlessly handled via an integrated payment facility tied to the merchant account of the press’s distributor, UTP Distribution. All orders are subsequently (and automatically) passed to UTP Distribution for fulfillment.

The press prefers not to sell e-books directly on the site. Instead, the ReaderBound team integrated one-click purchase links that readers can follow to easily purchase e-books directly from the Amazon Kindle store. 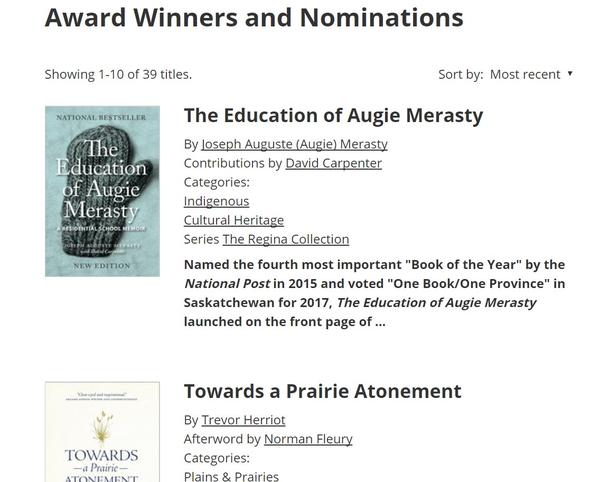 U of R press has successfully replaced its broken old site with a fully functional website that has enabled it to start building online revenue.

The press is also making good use of some of the advanced merchandising and filtering features within the ReaderBound platform to highlight key series, new and forthcoming books, and award winners, along with its expanding list of bestselling titles.

More importantly, it’s able to fully showcase and sell all of its titles online -- something it simply couldn’t do on the old site.

“Throughout the development of the new U of R Press site, ReaderBound went above and beyond to develop a beautiful, clean, and functional website that suits the press's current needs and is also adaptable for any activities we may wish to implement in the future,” Tunzelmann said. “Working with the ReaderBound team was a wonderful experience. I highly recommend them!”